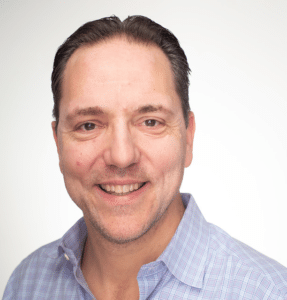 Dr. Michael Sokoloff is an orthodontist in White Plains, New York who specializes in providing superior orthodontic care to children and adults using both Invisalign and conventional braces. He was voted by his peers as one of The Top Dentists in Westchester County each year from June 2008 through the most recent issue of The Westchester Magazine.

Dr. Sokoloff can best be described by his patients, friends and family as compassionate, motivated, diligent, and insightful. He unconditionally cares about his patients and staff.

Dr. Michael has a variety of hobbies and interests; including watching and playing sports, coaching all of his children’s sports teams, and traveling with his wife and his three children. He is an avid New York Mets, Islanders and Dallas Cowboys fan. He is actively involved in the fight against Lyme Disease. He and his wife organized the first ever walk to raise awareness about Lyme disease in 2008 right here in White Plains at Saxon Woods Park. He participated in the first ever International Virtual Walk to Turn the Corner on Lyme on May 15th, 2011. All of the money raised was for education, research, innovative treatments and increasing awareness for Lyme Disease. His wife, Alyssa, was an Executive board member of Turn the Corner Foundation which has since joined forces with multiple other Lyme Organizations to become the Global Lyme Alliance. The Annual Global Lyme Alliance Benefit Gala took place in October 2016 and 2017 at Cipriani in Manhattan and has raised over $5million collectively. His greatest love is spending time with his family. Dr. Sokoloff and his wife, Alyssa, live in Westchester with their son, two daughters and adorable Golden Doodle, Zoey!